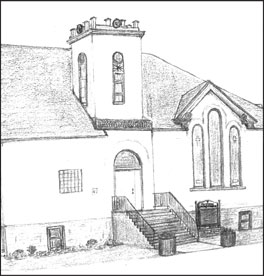 In 1925, three Churches in Canada, the Methodist, the Presbyterian, and the Congregational, completed plans for Church Union, and the United Church of Canada came into being. In Minnedosa, the Methodist and Presbyterian congregations became the Minnedosa United Church. It was decided that the Presbyterian Church on Main Street would be used for services. The congregation continued to worship at this location until February 12, 2006 when the church was destroyed by fire due to arson. The new building was opened on
May 13, 2010 on this same historic site.